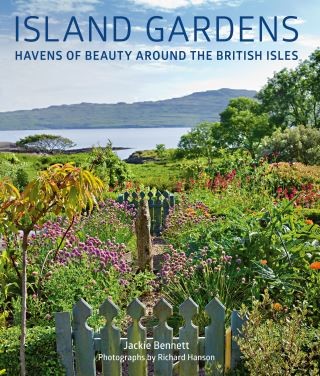 Havens of Beauty Around the British Isles

From Tresco to Lindisfarne, Anglesey to Sark, visit the most beautiful and extreme island gardens of the British Isles, understanding their climates, native plants, and survival skills their gardeners deploy.

Jackie Bennett: Jackie Bennett is a former editor of The Garden Design Journal, the English Garden Magazine and Gardening with the National Trust. She began her career in television, producing gardening and natural history programmes before become a full time writer. In 1990, she won an award for nature writing in the BBC Wildlife Magazine Awards and her books include The Wildlife Garden Month by Month (David & Charles 1990 -- reissued in 2011), The Cottage Garden and Wild About the Garden (1997 a Channel 4 tie-in book for the TV series presented by Carol Klein). She won the Garden Writer's Guild Gardening Column of the Year 2009 for a series about her own Norfolk garden. Jackie has studied garden design and landscape history. She runs writing workshops for the Society of Garden Designers and for the Cambridge and Oxford Botanic Gardens.RICHARD HANSON'S work has appeared in books and magazines and he has photographed in the gardens of well-known garden writers such as Helen Yemm, Ursula Buchan, Francine Raymond and Ronald Blythe. His photography has been featured in The Garden Design Journal, and Gardening with the National Trust.